How To Raise a Black Boy

This short is an experimental fairytale of black boyhood, exploring  how the rush to manhood from boyhood often skews and distorts black men. The piece is a homage of fairy tales with the pacing, aesthetic, and the folksy narration. It’s beautifully shot, and though experimental, the story is straightforward enough but with some visceral energy.

Short Synopsis:
An experimental fairytale dedicated to the modern black boy, in which four boys disappear one night, as many black boys do, and find themselves on a fantastical journey to break the curses of black boyhood.

Overview:
An experimental fairytale dedicated to the modern black boy, in which four boys disappear one night, as many black boys do, and find themselves on a fantastical journey to break the curses of black boyhood.
As an homage to the great fairy tales of the past, “How To Raise a Black Boy” opens with the cover of a book, intricately carved in wood with a boy and a man on either side. “I remember home, or at least I can imagine it.” This is the voice of narrator Rayceen Pendarvis of the iconic voguing House of Pendarvis, known to many as “Mother”. The narrator is an omniscient presence, a fairy godmother, who speaks as one of the boys.
The cover parts to reveal four boys in front of a cottage as the narrator recounts the story of the boys’ family. We are told of a stern but loving father, focused on raising strong men, and of a mother who has blessed her children with the gift of imagination. One story the mother tells is how “black boys were all once birds before they were born, and how black boys forget they no longer had wings and fly off during the night,” a warning of a sinister energy waiting to capture the boys.
As the boys eat and laugh by speckled candle light, a dark presence enters their home. One boy feels this evil and is called down into Father’s boiler room. There he finds a masked man with wings. The boy runs upstairs, and an impending doom cloaks the cottage. This fear forces the boys to leave home. Like their mother’s story of birds turning into boys, they transition into adolescence. This is depicted in an ornate collage.

Older now, the boys run joyfully down an empty road, flanked on either side by forest. Two of them have developed a deep love for one another, and share a tender moment under the barren trees. Their kiss breaks a spell and they are reminded of the man in the mask. Here a second collage is introduced as the boys face their fears and the masked man is killed. They rejoice. The trees bloom again and the boys return home.
The fairytale comes to an end with a whimsical pillow fight between the boys and their grown-up counterparts. The narrator explains that the boys slowly forgot their story as they grew up, leaving him as the sole witness of the little black boys who defeated evil and brought back the trees. 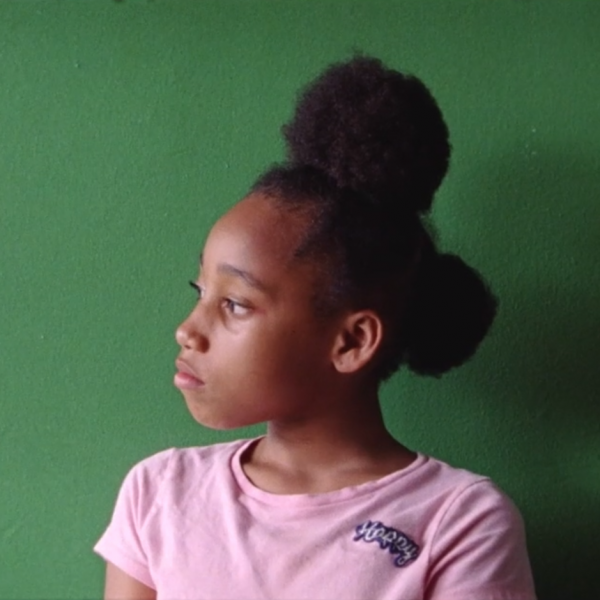 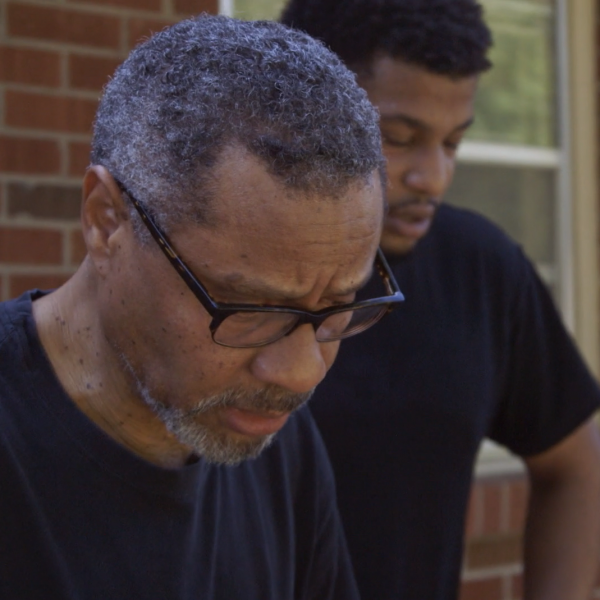