For a filmmaker, YouTube is an absolute gold mine of knowledge. There are countless fantastic YouTubers who are creating informative and educational content to help you with your craft. In our post 18 reasons why you shouldn’t attend film school, we listed YouTube as a major alternative for institutional learning. What I especially love is that these channels are inspired to create great content in return for a loyal fan base, so their goal is to make the most engaging and useful content, keeping viewers coming back for more. The downside is that there are too many channels and not enough time in our lives to check each and every one for their quality.

I’m an avid YouTube watcher and subscriber, so I can help.

In my film career, I’ve developed my craft through traditional means, but a lot of my additional skill has come from watching videos from the channels below. Not all of them are technical knowledge, but all of them serve the purpose of expanding your knowledge in a multitude of areas.

There is no specific order to this list, and I’ve included a description, why you should subscribe and their standout video.

Description:  A massive library of insightful interviews of working professionals in the industry; from directors, actors, post-production, producers, writers, etc.

Why You Should Subscribe: This channel is filled with so many great nuggets that you’ll be wondering why it’s all free. These are detailed and long interviews.

Lessons From A Screenplay

Description: Lessons from a Screenplay analyzes movie scripts to examine exactly how and why they are so good at telling their stories. Part educational series and part love letter to awesome films, Lessons from the Screenplay aims to be a fun way to learn more about your favorite films and help us all become better storytellers.

Why Should You Subscribe:  A brilliant way to analyze your favourite scripts through the tenants of scriptwriting. The detailed way Michael Tucker dissects scripts in plot, text, subtext, character development and setting will help you improve your own writing.

Description: Like Stories of Old explores the boundary between media analysis (mainly film) and personal development in an empathic, emotionally resonant way.

Why Should You Subscribe: “Like Stories of Old” does a fantastic job of going deeper with their content. They go further than just film analysis, illuminating connections to the essence of humanity, philosophy, psychology, and elements of mythology.

Description: D4Darious is channel run by Darious J. Britt, a filmmaker who’s been on a successful journey to progress his career. In his videos, he shares tips on filmmaking, screenwriting and directing.

Why Should You Subscribe:  My favourite thing about Darious is his honesty and straight talk. He wastes no time in getting to the point and dispelling a lot of misconceptions. I also love that he’s a black filmmaker and youtuber filmmaker with such a prolific channel.

Description: Brows Held High is a channel run by Kyle Kallgren, an essayist who loves films and mixes his analysis with more academic exploration.

Why You Should Subscribe: Kyle has a unique style with his content; it’s witty and high-brow at times (as the name suggests), but also knowing. His material can seem dry on first watch but it’s deeply enlightening. His content is usually long-form, with series that can go on for many videos. I’ll be honest, it took me a while to get into it, but once I did I was hooked. I’d recommend his channel for anyone who is interested in the deep philosopher thinkers of history and how they would think about film.

Now You See It

Description: Now You See It is a media analysis channel that searches for meaning in unexpected places.

Why You Should Subscribe: This channel makes you say “oh, interesting” with the content it creates. As the name and description suggests, it sheds light on a lot of connections we may have missed in our favourite films and media. It’s a great way to learn about analyzing themes and topics.

Description: Cinema Cartography inspires new ways of experiencing Art. They do this because they believe that Art changes the world by empowering people with new perspectives.

Why You Should Subscribe: CC has a pure focus on art, and the understanding of art. I consume a lot of content, and there are a lot of channels that analyze content objectively, which is great, but CC’s commitment to art as its north star makes it a bit refreshing.

Description:  Just Write is a youtube channel by Sage Hyden, who produces educational video essays on YouTube about film, television and literature.

Why You Should Subscribe: Much like Cinema Cartography’s primary focus on art and visuals, Just Write’s primary focus is on writing, particularly reviewing screenplays of established films. His library of content is comprehensive and does a great job of deconstruction all types of film, from populist to arthouse.

Description:  Tyler Mowery is a film student who makes videos about movies, talking about not only stories and themes, but also more technical aspects such as cinematography and producing.

Why You Should Subscribe: Don’t write off Tyler because he’s a student; he may not be a master himself but he does a lot of research on the masters and creates content from that. His channel includes film analysis along with detailed lessons in writing, cinematography, directing, acting and producing. It’s a great resource for developing filmmakers.

Description: Behind the Curtain crafts educational video essays using the most valuable insights from professionals in the industry.

Why You Should Subscribe: If I was ranking this list, this channel would be high up there. Instead of taking you through a film analysis or lessons, videos on Behind the Curtain are interviews with established and legendary filmmakers about their process in completing a legendary piece, such as David Fincher talking about how he created Se7en. It’s quite amazing to get insight on how masterpieces where created.

Description: CinemaTyler takes an in-depth look into the construction of some of cinema’s greatest movies. The channel is devoted to understanding filmmaking through watching, researching, and analyzing movies and film history.

Why You Should Subscribe: I love the channel because of its commitment to research and in-depth analysis. A good example is his deep analysis of Kubrick’s career and movies that spans over 20 videos each around 15 to 20 minutes long. His deep research exposes you to information and techniques that are unique to his channel.

Why You Should Subscribe: An offshoot of the successful film magazine Screencrush, the channel is more news focused and populist, but they do have content that’s interesting. It’s more in the entertainment side of things, but they do a good job analyzing and pointing out interesting connections with the more popular films.

Description: Film Riot is a how-to trip through filmmaking from the hyperactive minds of the Connolly Brothers. From how to make great effects to following through a production, Film Riot explores the art of filmmaking in a way you’ve never seen.

Why You Should Subscribe: Film Riot really gets down to the details of filmmaking. On this channel you’ll find tutorials, tips and resources. If you were going to pick up a camera today and needed to know everything for completing a project, this is probably the first channel you should visit.

Description: Hello Future Me is a channel run by Tim Hickson, who creates videos on world building, video analysis and writing technique. He also has a real affinity for Avatar: The Last Airbender.

Why You Should Subscribe: This is a great writing channel, but what I really love about Tim’s videos is his focus on world building. More and more projects require stories that feel like they’ll continue, and though big series and sequel movies often come in the later parts of our careers, there’s no harm in starting working on the technique early.

Description: This is the Take. It’s where you come to understand more about your favorite movies, shows and culture. Our video essays make the story worlds you enter richer and deeper. Think: Endings Explained, Character Studies, Hidden Messages and Symbols Revealed, Actor and Director Profiles, and more.

Why You Should Subscribe: A fantastic channel with very clever analysis, but what I enjoy about it most is that it’s hosted by two women, Susannah McCullough and Debra Minoff. In such a male dominated space, which often leads to homogeneous film bro content, we get a refreshing “take” with a different perspective on popular topics.

Description:  La’Ron Readus and his channel Readus 101 is all about entertainment journalism in mostly film and nerd culture but with a dash of current events as well.

Why You Should Subscribe: I love La’Ron’s video style: it’s like listening to “The Read” but on film and nerd culture. The content is fantastic but the real star of his channel is him.

Why You Should Subscribe: This is a fun channel because it uses the same analytical film tools used for high brow & arthouse on the big tentpole films. You can watch a video on how plot, structure or character is developed on a film like Jurassic World.

Why You Should Subscribe: Skip Intro is unique because it’s about TV. Like it or not, TV is watched more than film, so a channel exploring what makes great TV is a necessary addition to this list.

Description: Karsten Runquist is a filmmaker who creates videos on film & TV analysis, plus news in the industry.
Why You Should Subscribe: Karsten is interesting, and he has a personality channel about his opinions on things. You don’t have agree with everything he has to say, but he’s intelligent and has some interesting, clever takes. The jazz background music in his videos is also very soothing.
Standout Video:

Description: Cinematography Database is a channel run by Matt Workman, a working cinematographer, who provides tutorials, reviews, and resources on cinematography.

Why You Should Subscribe: Matt’s channel is the real nuts and bolts of cinematography. From the content he creates, you can tell he’s really in the trenches of cinematography and you get an idea of where the industry is going. It can be very technical, with advice you’d use later in your career, but it’s very helpful. 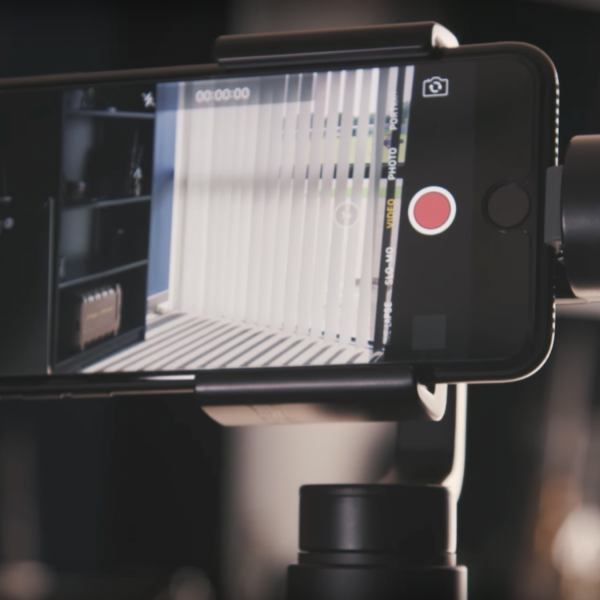